How is Barbados, the Island Where Rihanna Was Born

Before talking about Barbados, part of its culture and some interesting facts, let’s mention that people of Barbados speak English and it is not part of the United Kingdom. It is an island in the Caribbean. There are cars driving on the left side of the road in the Caribbean, and it is not Jamaica. The country used to be a British colony until 1966, the capital is Bridgetown, and there is bank secrecy in the country. As far as the riddle goes, it remains unanswered, until it is clarified that it is the country in which the singer and actress Rihanna was born and grew up, Barbados.

A street has been named after the singer, Rihanna, on this island, which has 285,000 residents and is the easternmost island in the Caribbean. Rihanna is not only the ambassador to the world but since last November 30 (Independence Day of this country) she has also been given a street name. As a young girl, she lived in Westbury New Road until she was 16 years old, but every time she comes back to visit, she walks down Rihanna Drive.

It is possible to go around this country of gentle plains, 34 kilometers long and 23 kilometers wide, in only two and a half hours -and perhaps even more than that- should you wish. After the recent opening of Copa Airlines’ route connecting Panama City with Bridgetown, Barbados has become one of the newest tourist destinations in South America, without a doubt due to the fact that it is surrounded by the Atlantic Ocean.

Why do they play cricket?

As a result of the colonial past that the Barbadians have experienced (in colloquial English, they are called Bajans in allusion to Barbadians or Barbadian-Bajans) and a present that still responds to Queen Elizabeth II, the majority of tourists come from England.

It is also evident that the British influence is palpable in the fact that the national sport of the country is cricket and the majority of its inhabitants are Protestants, while the guides explain that over 90% of the population is descended from African slaves who were brought to work on sugar cane plantations. The sugar industry.

In spite of the fact that Christopher Columbus passed through this area during his first voyage in the service of the Catholic Kings Isabel de Castilla and Fernando de Aragón (in 1492), it was the Portuguese navigators who gave this land the name “Os Barbados” (the bearded ones) in the 18th century. Prior to the abundance of trees with hanging roots that looked like beards, it was the XVI century.

During the 19th century, the first English colonists settled on the island in 1627, and over the years, the island’s economy grew based on sugar exploitation and slavery, until the latter was abolished in 1833. In fact, it is made between June and August with the Crop Festival, which is celebrated at the end of the harvest season and is considered one of the most traditional carnivals in the entire region.

In common with other Caribbean destinations, the island has white sand beaches, clear waters, and good rum to match the white sand. The drink has been around for 370 years thanks to the abundance of sugar and in 1703 began distilling with the name Mount Gay Rum, so here are two key facts about this drink: it is the oldest operating distillery in the world and it has been recognized as the birthplace of rum in Barbados.

In addition to the country’s sugar and rum, golf, bank secrecy, deep-sea fishing and cricket, the country also boasts more than 60 beaches as well. In the east of Barbados, there are a lot of favorite beaches for surfers (such as Bathsheba Beach, which has a lot of big swells). Meanwhile, in the west, luxurious houses, apartments, and hotels dominate the landscape, along with public beaches with calm waters. It is possible to snorkel and dive in the sea because the soil is coral and there is good visibility in the water, as well as, if you’d like, take a 40-minute ride on the Atlantis submarine since the soil is coral.

The tour guide makes a stop in a street on the way back to the hotel, one that, like so many others, appears to consist of nothing more than a series of colorful ‘chattel’ houses that have been added over the years. As you may know, these are the small wooden “mobile” homes that former landless slaves were able to build -and take them elsewhere- after they were freed around 1833.

Sadly, the stop is located in front of a material house that is painted green and orange, with a burgundy staircase, where you have to queue in order to take a picture. A plate on the side contains the colors and the symbol of the country’s flag (blue and yellow, with a trident) and a plate that says ‘Rihanna’ on it.

There is a possibility that one day the famous house will be opened to the public as a museum; for now, it is enough to stand at the door of the house where Robyn Rihanna Fenty lived until she was about 16 years old.

A few days ago, Rihanna narrated some of her memories of the current Rihanna Drive on her Instagram account: “…all the lessons we have learned, running barefoot, nosy neighbors, combing hair on the steps, going to the cemetery, walking to the beach, going to the rum shop, singing karaoke and keeping the entire street awake until 4 in the morning… we are all here on this street.” I am more than a community; I am a family”.

While drinking a beer in the bar which is just a few steps from Rihanna’s childhood home, everyone talks about her, accustomed to tourists asking if they know her, and proud of the fact that she returns to the country – “at least once a year” – despite their millions. On her island, there is a prophet. There is an island that dreams. 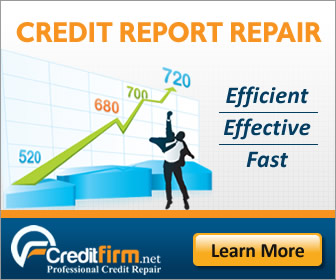 Fix the Roof of Your House in a Few Simple Steps

Sciatic Nerve Pain: How to Identify It